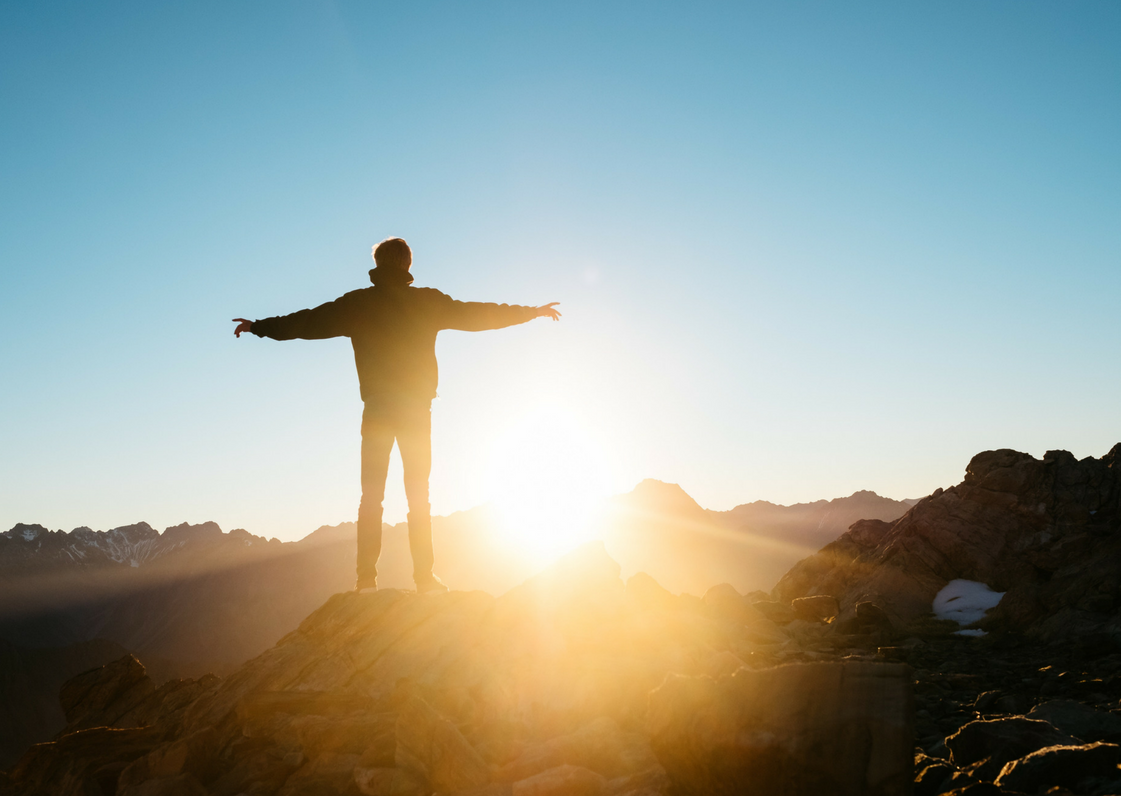 We say that the glory of God is the central theme of Christianity. No matter what we do, whether eating or drinking or anything else, we want to live in the pursuit of the glory of God.

At Salem, we’re refreshing our focus with a newly proposed mission statement that states: “We will glorify God, make disciples who pursue Jesus, and share his story.”

I think most of us would agree that we want to bring God honor and glory. We want to make disciples who make disciples. The question I want to consider is how will our church know that we’re producing disciples who are consumed with a passion to pursue the glory of God as revealed in Jesus? I believe we will be close to reaching our purpose when we see disciples of Jesus who exhibit these three characteristics.

Selfless with My Story- Lazarus

John 11 tells us a powerful story about the identity of Jesus, the glorious Son of God. “So the sisters sent to him, saying, “Lord, he whom you love is ill.” But when Jesus heard it he said, “This illness does not lead to death. It is for the glory of God, so that the Son of God may be glorified through it” (Jn. 11:3-4). As the narrative continues, we see a shocking reality: Jesus could have arrived sooner and rescued Lazarus from illness. Instead, Lazarus dies a slow, painful death. Mary and Martha are besides themselves with grief. Lazarus’ body lies rotting in the grave.

Yet, Jesus’ way was truly better. He allowed Lazarus to die so that Jesus could reveal his glory to mankind through raising Lazarus from the dead. With one command from the voice of our Savior, Lazarus emerged from the grave- a living testimony to the gospel. I think it’s fair to say that when Lazarus arose, nobody was complaining about the funeral preparations. Lazarus didn’t yell at Jesus “where were you when I was sick?” They celebrated the victory of Christ over the grave! Weeping may last for an evening, but joy will come with the dawn.

If we honestly love Jesus and see his glorious self, then we confess with our frail human lips, “Christ will be honored in my body, whether by life or by death” (Phil. 1:20b). We need to be willing to suffer loss if it points people to Jesus. Truly, he is the most precious treasure in the world, and if I get to play a role in reflecting his glory then I will be eager to do so.

This month at Salem, we’re highlighting the story of the Lee family. They have an incredible journey in God’s grace through cancer and heart surgery. While the road was difficult and full of uncertainty, the story of God’s grace on their lives is impacting hundreds, if not thousands of lives. When we’re willing to be selfless with our story, then we know we’re living for eternity.

“Behold, we consider those blessed who remained steadfast. You have heard of the steadfastness of Job, and you have seen the purpose of the Lord, how the Lord is compassionate and merciful” (Jas. 5:11).

Job was a righteous man. Job also lost everything dear to him in about the span of 39 seconds. His financial security, his workforce, his livestock, his friends, his children. Job’s wife told him to just give up, curse God, and die. The friends that stuck around accused him falsely of ungodliness. He responded in the only way that his heart would allow him. “The Lord gives and the Lord takes away, blessed be the name of the Lord” (Job 1:21). Job knew that every blessing in life comes directly from the hand of God. God alone deserves the glory whether he chooses to bless us or not in the way we desire.

God speaks to Job at the end of the book and reminds Job that he is completely in control of all things. He created the universe and holds all life together. He never offers an explanation for the suffering. Rather than giving a defense for the bleak situation, he points to the glory of his existence. “Where were you when I laid the foundation of the earth? Tell me, if you have understanding. Who determined its measurements—surely you know! Or who stretched the line upon it? (Job 38:4-5). Going further, he says, “Adorn yourself with majesty and dignity; clothe yourself with glory and splendor” (Job 40:10).

Steadfastness is rooted in the glory of God. Because God is faithful and unchanging in his essence, my faith in him remains. When Salem or any local church is full of missional worshipers who declare the glory of God in the midst of trials, then they are truly pursuing Jesus.

“We want you to know, brothers, about the grace of God that has been given among the churches of Macedonia, for in a severe test of affliction, their abundance of joy and their extreme poverty have overflowed in a wealth of generosity on their part. For they gave according to their means…and beyond their means, of their own accord, begging us earnestly for the favor of taking part in the relief of the saints.” 2 Cor. 8:1-4

If you looked at a list of “big giving churches” in the early church, you would not expect to see Macedonian churches at the top. At the time of Paul’s writing 2 Corinthians, they were broke and in “extreme poverty.” Despite having next to nothing, they begged Paul for an opportunity to give. Contrast their poverty to their “wealth of generosity” overflowing to help the family of God in their time of need. What a testimony to the glory of God!

Much like the widow with her two mites, it’s not about the gift but about the spirit of the giver. Giving is an opportunity for us to demonstrate the grace of God in our lives. Jesus gave up much to redeem us. Someone who sees money and time as a resource for the good of others has seen the glory of God.

This kind of attitude is unusual in our consumer driven culture where money is king. When it comes to meeting our needs, we spend ridiculous amounts of money. The average American household that has a credit card is somewhere between $8,000-16,000 in debt.

“Extreme poverty” is not a term I can use to describe my financial situation. I am humbled by the example of the Macedonian churches. I’m challenged to look at my own giving. Is it generous? Flowing out of love for others? Is it giving as to the Lord?

Here is the secret to generosity. “They gave themselves first to the Lord and then by the will of God to us” (2 Cor. 8:5). When you give your entire being to glorifying God, then all you have belongs to God. We give as to the Lord, so every penny is an opportunity to point people towards Christ.

We give generously because our God is generous “according to his riches in glory in Christ Jesus.  To our God and Father be glory forever and ever. Amen” (Phil. 4:19-20).

Let’s become a church that is selfless with our story, steadfast in trials, and generous in our giving. Let’s be a body of believers that brings glory to God by making disciples who pursue Jesus and share his story.

Previous Disciple Me
Next Worship Is As Worship Does

This Is How You Fight Your Battles