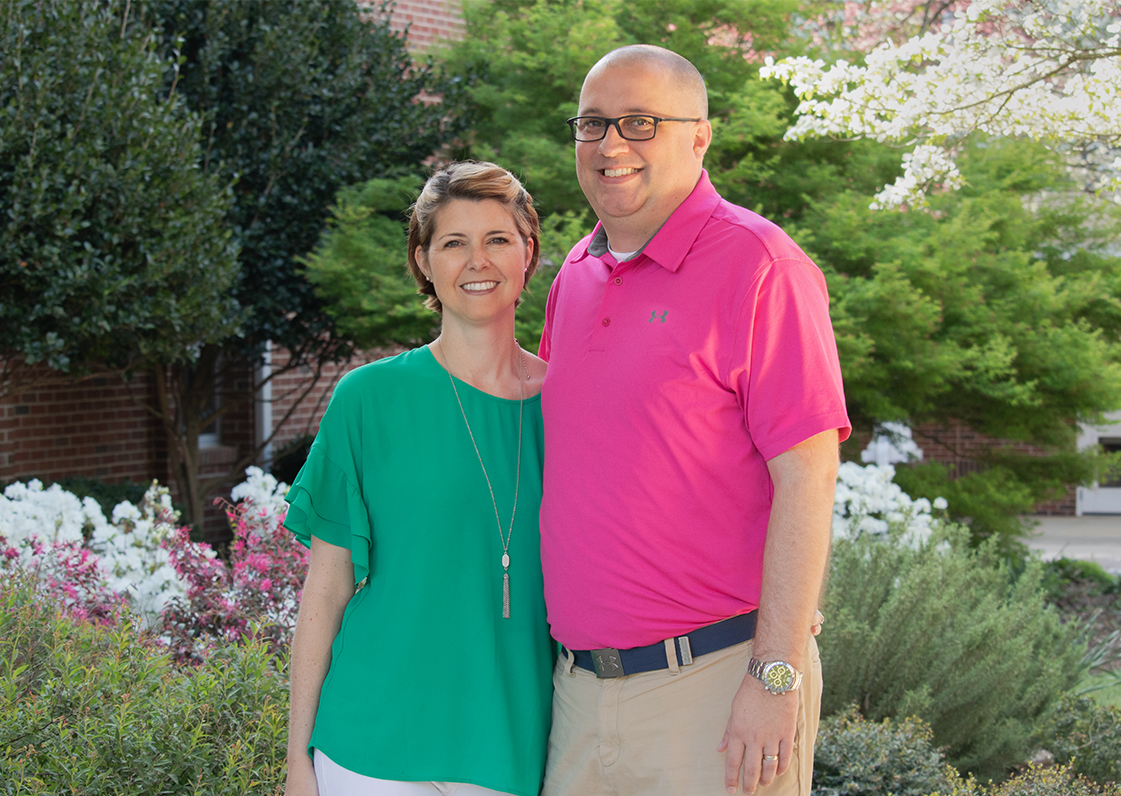 Seth and Meredith Lee use the word “hard” to describe the summer of 2016. “It was hard because every time we felt like we knew the whole picture …” Meredith says. “The picture changed,” Seth adds, finishing her sentence. That changing picture included heart surgery for Seth and breast cancer surgery with follow-up treatment for Meredith. Their two surgeries were just 10 days apart.

At age 15, Seth’s heart problem was diagnosed, and doctors said future surgery would be needed. In June 2016, Seth needed that surgery right away. A few days later, Meredith received a biopsy report that revealed cancer. She also needed surgery immediately. Then pathology showed Meredith’s cancer had spread to her lymph nodes. So chemotherapy and radiation followed her surgery.

“It’s sometimes hard to see where God is, but I could definitely feel him,” Meredith says. “I could see how things were working out for us. And looking back you see that ten-fold. It wasn’t a situation for me where I felt forsaken in any way or that he had left me. I could see the people he was bringing into our lives. It was comforting. It was kind of like him saying, ‘okay, I’m still here and I haven’t left you’.”

“I’m still here and I haven’t left you.”

Meredith and Seth describe how their Salem church family helped with a constant flow of cards, texts, calls, and in-person interactions. People were praying and asking to help. Seth recalls what a great witness it was for their neighbors to see people from Salem mowing their lawn and delivering food. Meredith also remembers the impact on their three children. “It was a great way to say, ‘hey, this is a church family and they love us and they’re trying to help take care of us’,” she explains.

Meredith and Seth hope they can be encouragers to others facing similar challenges.  “One thing I told Seth was that after having gone through this,” Meredith says, “I have such a desire to help anyone going through something similar.” Seth adds, “If there’s anybody who’s on that same road – I’m a little bit farther down the road, and I’m happy to help.”

Joe & Loretta Campbell: Whatever it Takes to Make Disciples

An Interview with the Hill Family